Receiving guidance from the appearance, movement and sounds of birds and animals is one of the oldest forms of prophetic divination, and is found around the world in both ancient and indigenous cultures. In traditional societies humans are understood to be part of the natural world, not separate from or above it. The other living beings who inhabit our world – animals, birds, fish, and insects – are perceived as having wisdom, power and blessings which they can share with human beings, as long as they are honoured and respected.

For those involved with the study or practice of Celtic religion, there are many options to choose from when learning how to understand and interpret the movements and wisdom of our partners in the living web of life. One method is to connect with other living beings and interpret their arrival according to your own personal spiritual or mythic symbolism. Certain animals may appear in dreams, meditations or journeys, and accordingly will have special and perhaps very personalized significance for you. For example, for one person the owl may be a wonder to see but not evoke a sense of connection. For another the owl who appears in dreams and then on the branch of a tree outside your window will constitute a very different experience. Keeping track of the content of dreams, meditations and other personal workings helps track the appearance and potential symbolism of animals, birds and other creatures.

Another option is to learn about the traditional symbolism of animals in the area in which you live. Someone living in Maine may see different animals than someone in Texas, as might someone living in the south of Britain and the north of Scotland. People following Celtic spiritual traditions in Australia experience a very different natural world than the homelands of their Celtic ancestors, and may not see any of the animals described in Celtic mythology or folklore. Respectfully learning about indigenous traditions associated with birds and animals in your region is another way to connect with the wisdom of the natural world.

For those people practicing Celtic spirituality in Ireland, Britain and other parts of Europe, the indigenous beliefs of their own ancestors are available to them, and are present in the landscape around them. The traditional symbolism associated with divination in Celtic traditions may also be practiced in other areas as well, where many of the same animals may be seen (parts of the north-east and north-west of the United States and Canada, for example). Similar animals may be found in other regions, and some associated symbolism can be connected with those creatures in the area you live in. 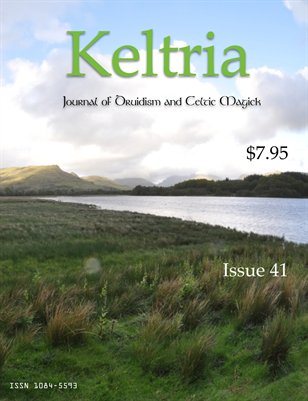