The 2017 Gathering of the Keltrian Tribe was held August 4 and 5 in Coon Rapids, MN. We had members attending from New York, Maine, Minnesota and, by phone, Georgia. Seminars were presented on the topics of: 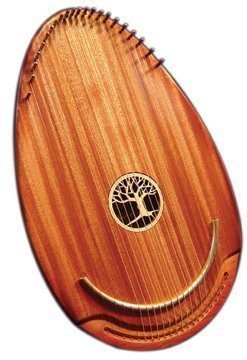 We were entertained with the assistance of Wren’s Phred the reverie harp, demonstrating that, indeed, music hath charms to soothe a savage breast.

On the secular side of things, the Board of Trustees decided to send to the International Druid Archives of Carlton College (home of the Reformed Druids of North America) Keltria’s various archives that now fill elders’ attics and shelves. In addition, the Keltria website and blog will be funded for five years. Thus, we expect that interested Keltrians and others will continue to have a “home” for articles, reports of research, and the general exchange of ideas.

Attendees at the Annual Meeting addressed the dwindling number of members able to serve in administrative roles by voting to dissolve the corporation. As readers may know, the Henge of Keltria was incorporated in Minnesota as a non-profit corporation in 1995. Of course, corporations operate under various state and federal requirements, and these became increasingy difficult to maintain in such a small organization without the same people moving around in administrative roles. As required for dissolution of the corporation, designees were appointed to carry out the necessities of dissolution, including dispersal of assets toward maintenance of the Druid Archive at Carlton College. Dissolution will be effective as of sundown on October 31 of this year. Tony Taylor and Karl Schlotterbeck were identified as the “Designated Authorities” for activities regarding the dissolution.

While the Henge will no longer exist as a legal entity, Keltria will continue in its new form, continuing to evolve as Druidism for the 21st Century. Those having been heavily involved in administrative duties will now turn their attention more fully to their spiritual practices. As before, mentoring in the unique approach of Keltrian Druidism can be available through direct contact.

Wicker warrier carrying messages to the gods. Photo by Wren.

After the seminars and administrative duties were completed, attendees traveled to a beautiful site in Ham Lake and engaged in a Transition Ritual (written for the occasion) to honor what has been and to embrace possibilities for what is to come. Prayer slips were put into a wicker warrior (made for this purpose) who carried the prayers into the Otherworld through fire. (Pictures can be found on the Keltrian Druid Facebook page.) Then, a small cairn was built and blessed to honor the past and to lay a foundation for the future. Finally, light from the Central Fire was dispersed (as has been the tradition of Beltane fires on the Hill of Uisneach), with each participant taking a candle lit from the Center of All Things.

In casual moments, we enjoyed each other’s’ company, reminisced over past events (the good, bad, ugly and beautiful), envisioned what form Keltria might take in the coming years, and talked of a Gathering next year.

Thus, even with our small numbers, we had an event with educational, administrative, legal, musical, social and ritual elements – a testament to the work of the founders and the depth of our active colleagues.

The staff of the Best Western Plus in Coon Rapids were always happy to help, and provided a perfect meeting space for our group. 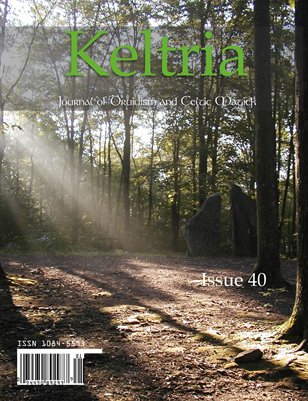