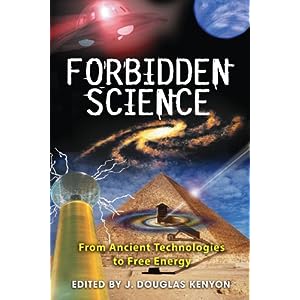 This book is a collection of articles from “Atlantis Rising,” a bi-monthly journal by the editor. The articles cover everything from aliens to ESP to physics to paranormal phenomena. Alternative medicine and astronomy are also included. These are theories and postulations that are not accepted by mainstream science, and in some instances even challenge the status quo.

For instance, in the article entitled, “Is the Big Bang Dead? A Maverick Astronomer Challenges Reigning Theory on the Origins of the Universe,” the author, Amy Acheson, asserts that an astronomer in the 1960s, Halton Arp, made a discovery about galaxies concerning how they are born and how they progress. Instead of being celebrated because of his discoveries, he was systematically drummed out of astronomy. They denied him telescope time and they censured him until he finally gave up and retired. The problem was that the direction of Halton Arp’s discoveries revealed a major flaw in the currently accepted theories of the origins of the universe.

In the section entitled “The ET Factor,” there are two articles that discuss alien technology making its way into our lives. The first article proclaims that the government participated in a cover-up and gave alien technology to certain companies to figure out how it worked -- companies that consequently sold the technology as their own inventions, thus making billions of dollars. For instance, the author alleges that Bell Laboratories did not invent the transistor, as it has been portrayed in history, but that Bell was actually given part of the downed alien spacecraft from the Roswell, NM site. It is assumed that all the technology discovered at Roswell has not been released yet, and the second article explores a small computer company’s claim that the government is blocking them from exploiting the technology from Roswell.

There is an interesting section called “Medicine of Another Kind,” wherein the article “The Malady in Heart Medicine: a Doctor Shatters the Myths Behind Popular Treatments for Heart Disease” by Cynthia Logan discusses Dr. Charles McGee, who wrote a book called Heart Frauds: Uncovering the Biggest Health Scams in History. Dr. McGee alleges that many Americans undergo unwarranted heart procedures under pressure that amounts to scare tactics from their attending physicians -- in other words, “Have this procedure or you will die.”  He asserts that the tests we use for detecting heart disease are highly inaccurate and the interpretation of the results varies radically, depending on the doctor. For instance, he claims that cholesterol isn’t the number one factor causing heart disease, nor is it an indicator of subsequent heart disease.

There is also an article about one of my favorite people, Dr. Masaru Emoto, and his pioneering work with water crystals. Dr. Emoto has done extensive testing of the emotional reaction of water crystals to words, music, phrases, and concentrated energy such as prayer from humans.

Overall, I found the book to be an interesting read. They broke the biggest technical aspects down into layperson's terms rather well and made it fairly understandable for those of us who aren’t scientists. Many of the theories presented are very plausible and the articles seem very well-researched. There are even websites given for further research. This book has something for everyone, including conspiracy theorists! Recommended for those with an inquisitive nature.